Last weekend K and I headed down the shore with fam since J had to work on Saturday and then had a “guys day” planned for Sunday.

We left Friday morning and hit no traffic so the drive was a breeze.  We fussed around the house for a bit before we decided to head to the mall since the weather was a little chilly.

This mall had a nice play area but not my favorite stores.  K had a great time though! 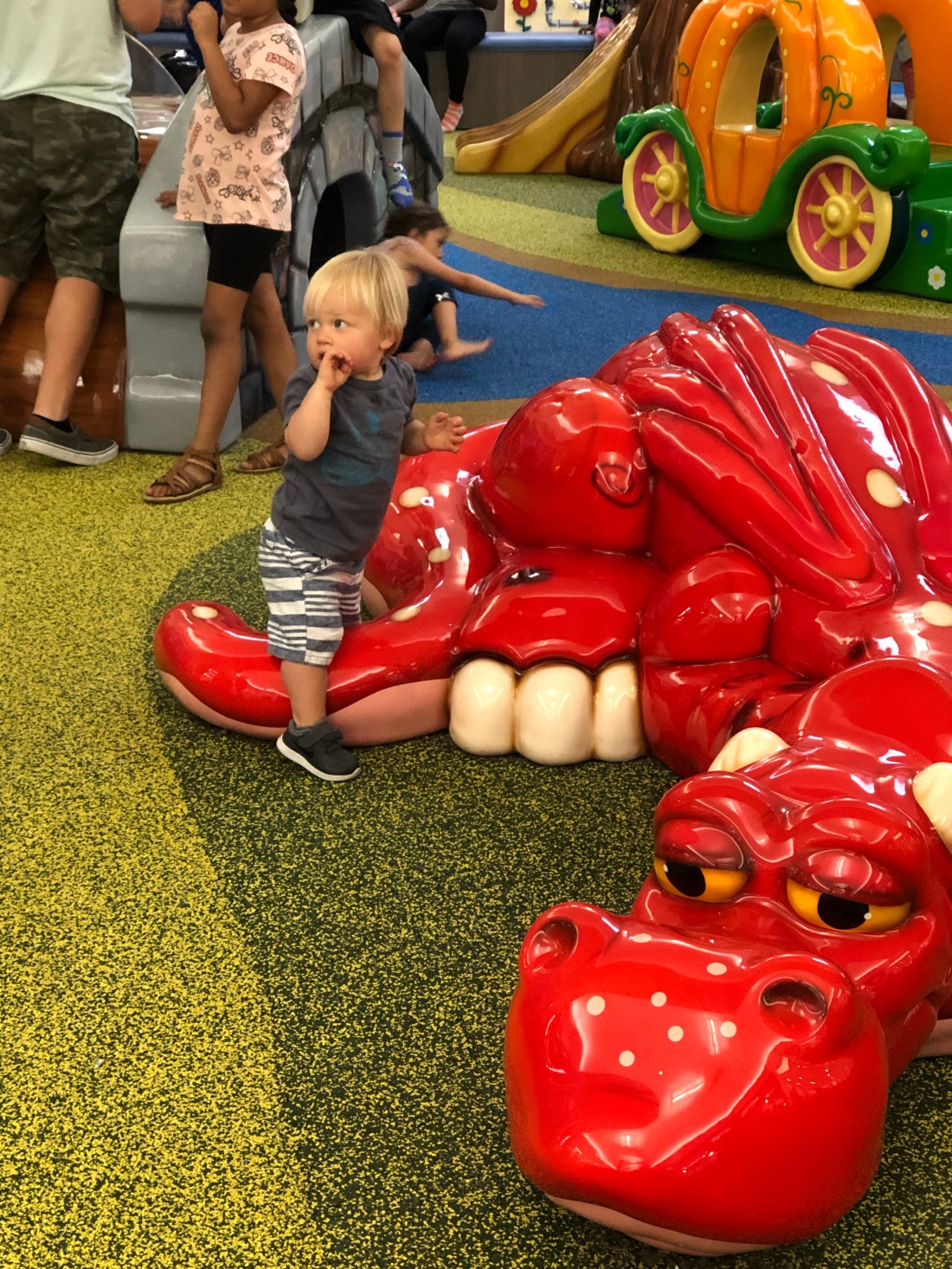 For dinner on Friday, Mom and I tried this new place called Mad Fish which is actually in the same building as our favorite breakfast spot.  We shared the seafood platter and it was AMAZING.  K had chicken fingers which he was quite a fan of.  Everything was so fresh!

I am a Starbucks girl to the core but I had this Carmel Craze Latte from Dunkin and it was so delicious.

On Saturday we headed to the Popcorn Park Zoo.  This zoo is a sanctuary for animals who were in a situation where they were facing death or some other dangerous circumstance. 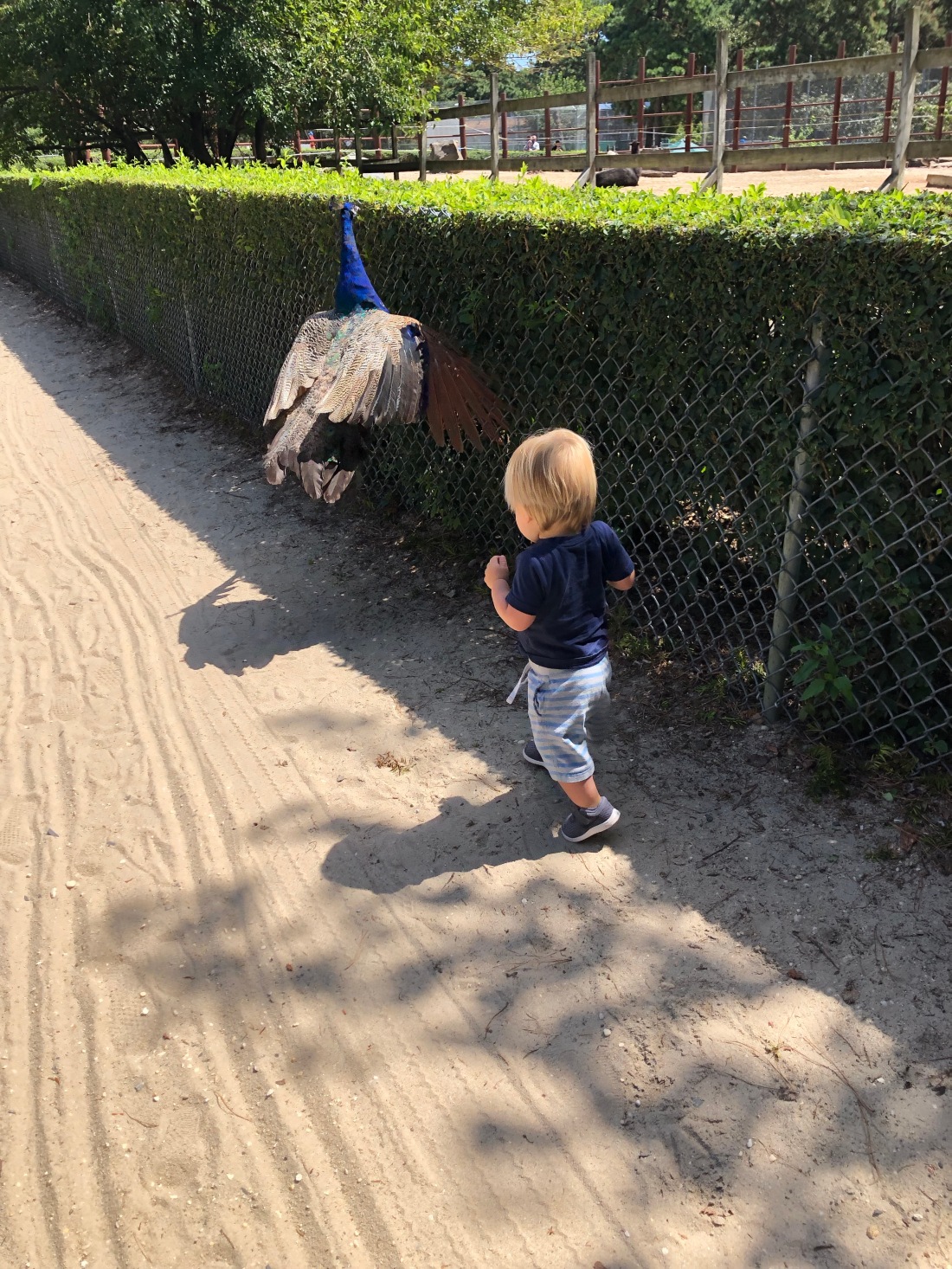 There was such a weird assortment of animals.  But they all had little plaques about why they were there which was fun to read. 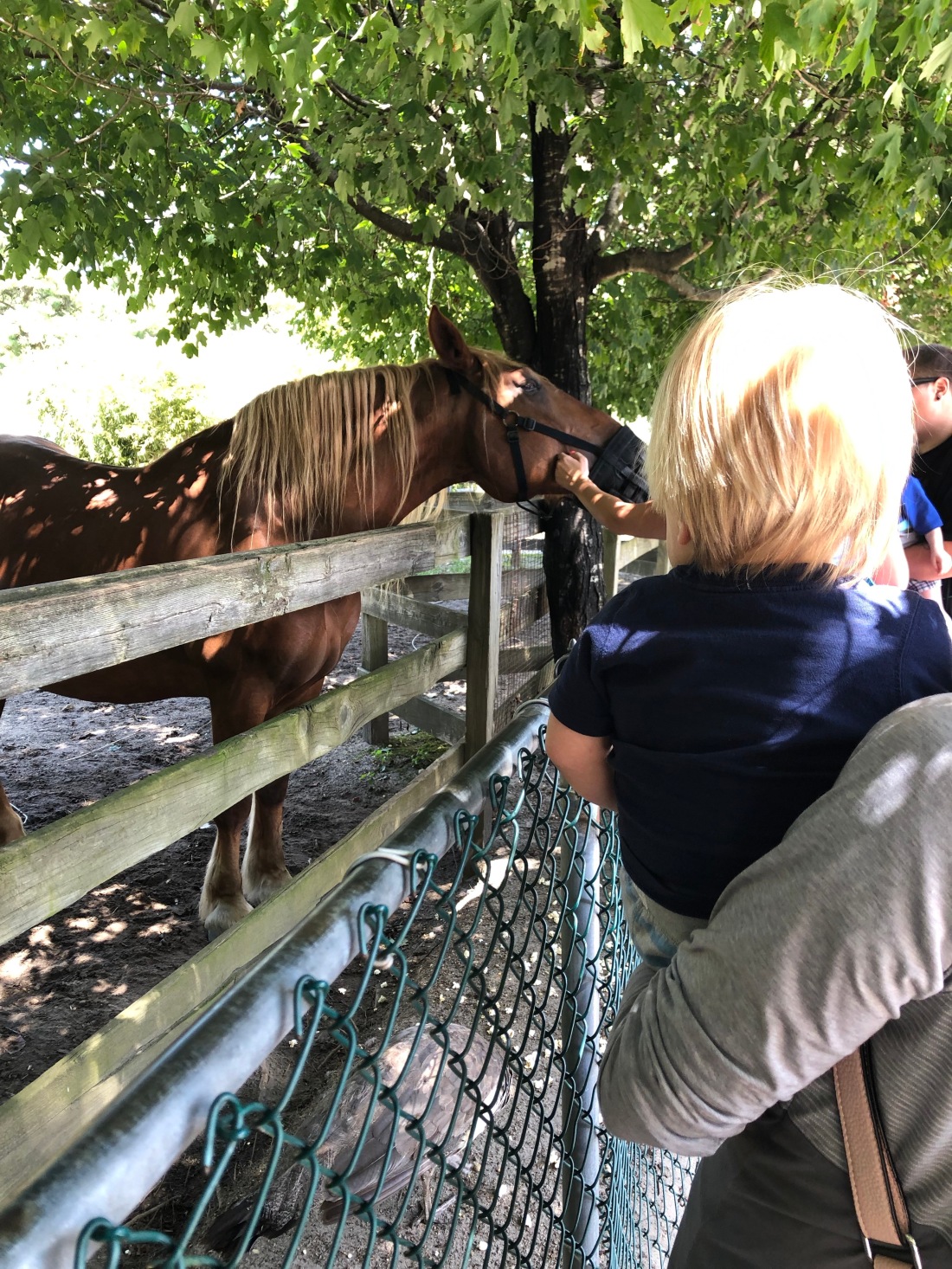 K obviously was most interested in the random geese… 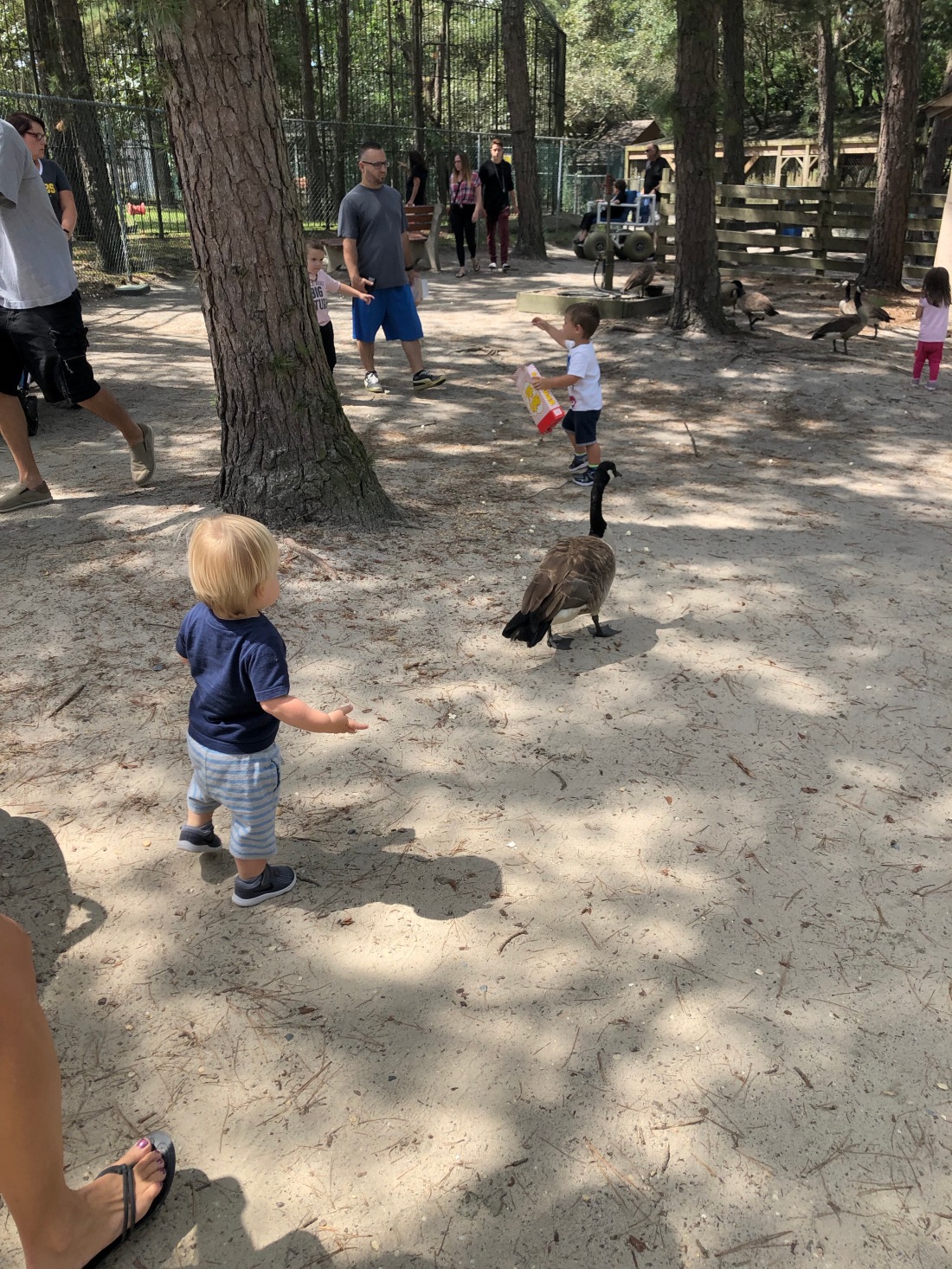 We headed to the beach later in the day.

We did our usually BBQ dinner on Saturday night while K got the rest of his energy out during happy hour.

Our morning walks were chilly!  But felt so good! 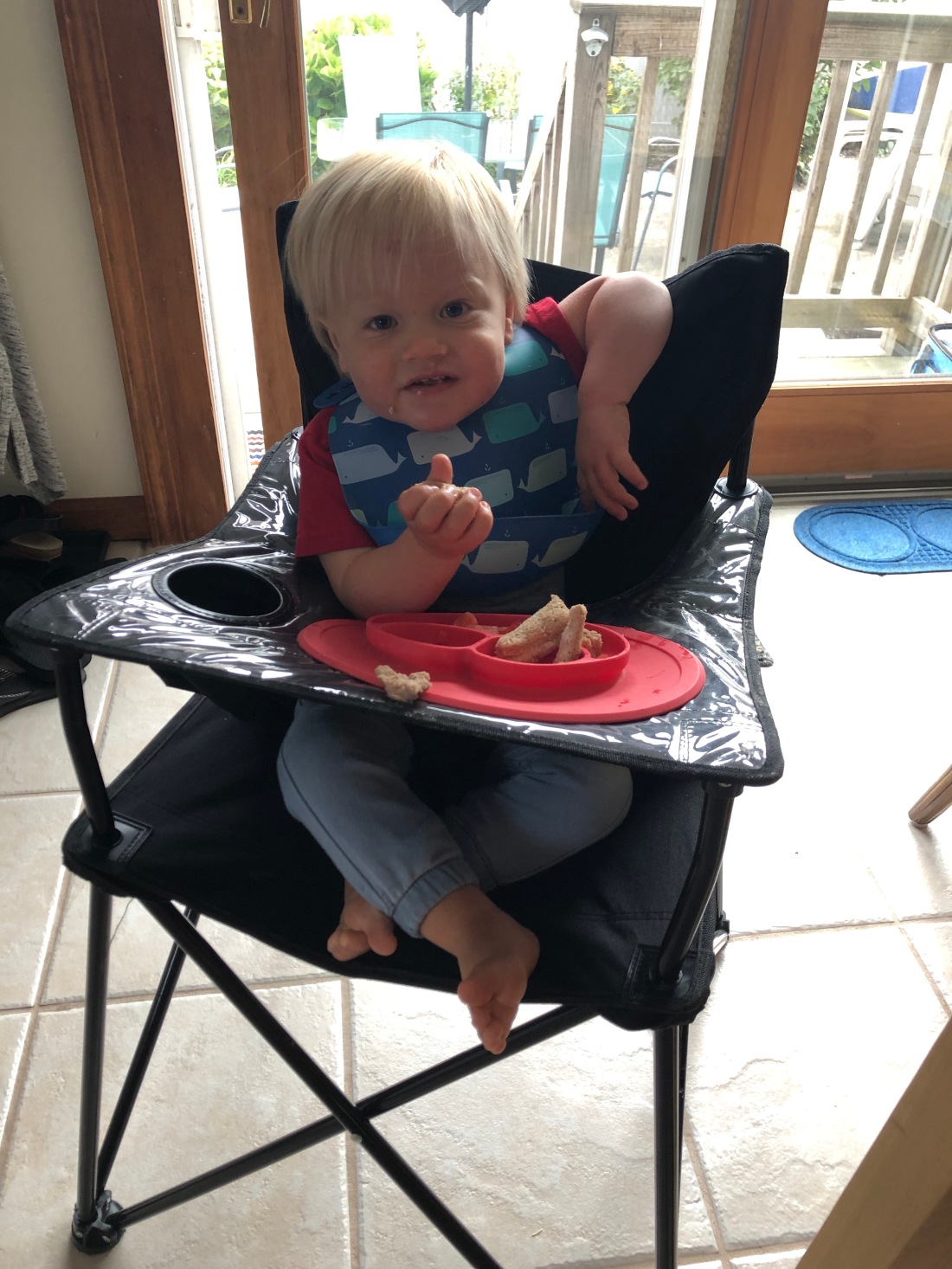 We came home on Sunday and got to relax a bit and catch up with J.

I am kinda sad that summer is winding down but also excited for all things Fall! 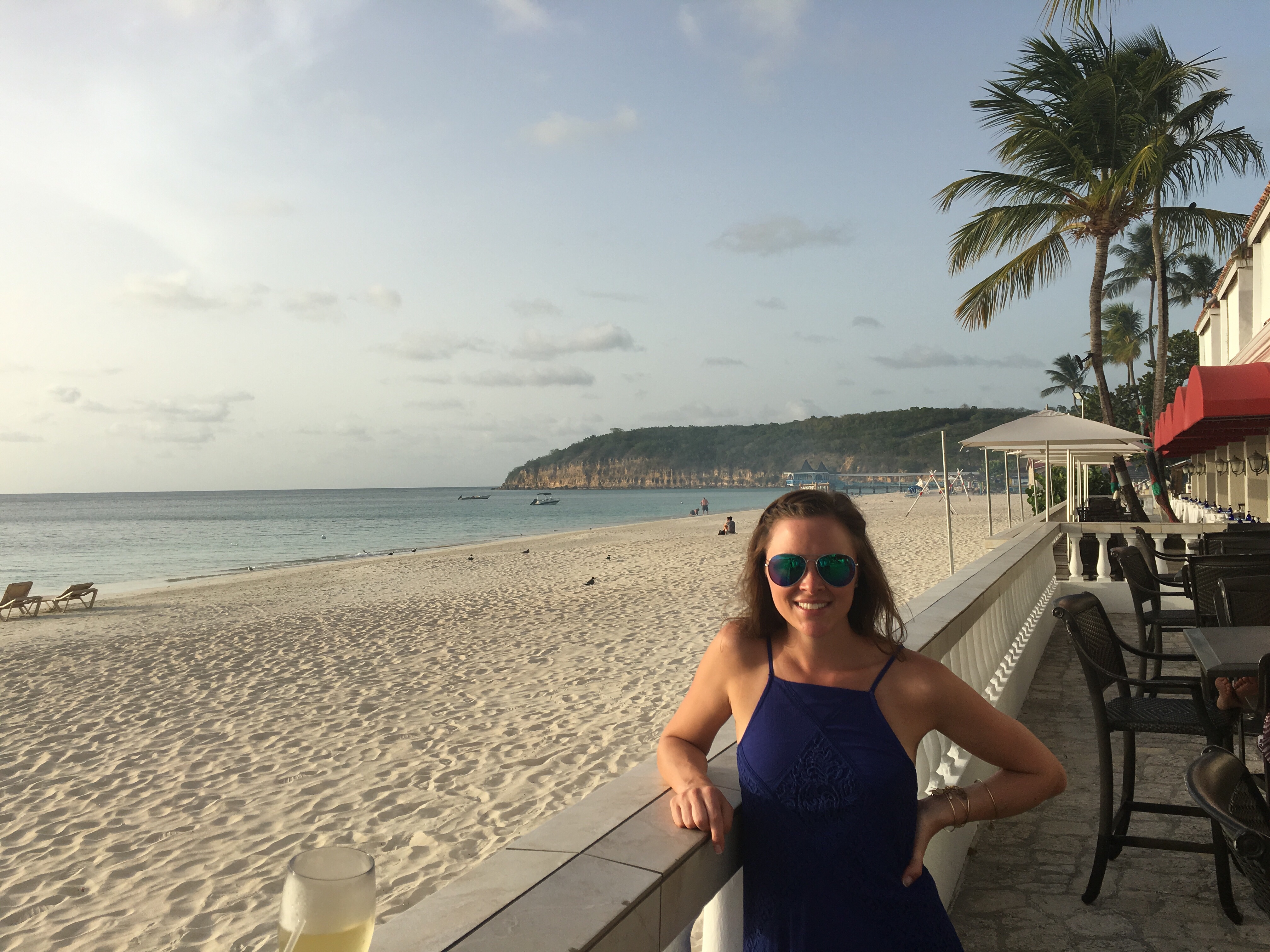 Hi! My name is Melissa and I am a 30 year old wife and new mom living in New Jersey.  This is life, I hope you enjoy reading!